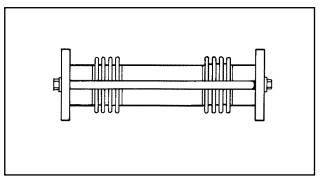 For higher pressure applications,where there is a limitation to the forces that the connecting pipe can accommodate,universal joints are restrained against the elongation effect due to pressure end load by the use of tie bars.These are designed to contain the pressure end load within the unit length,and do not transmit this load to the adjacent piping system. 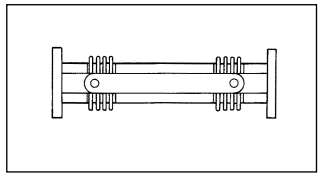 Double Hinge Bellows are basically two Single Hinge Bellows combined into one unit with a common tie bar joining the two ends.Therefore,any expansion of the center ippe within the limits of the tie bar will simply compress the bellows,and will not exert movement on the adoining pipe.This type of unit allows for lateral movement in one plane only. 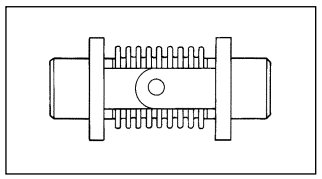 Hinge units offer movement in one plane only,and operate by angulating the bellows.The pressure end load is contained by the hinge parts;therefore,this type of assembly is ideal where it is not practical to install heavy guiding or strong anchors.

Single Hinge Bellows are usually used in pairs to give lateral movement in one plane. 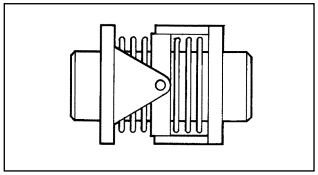 As in the case of Single Hinge Bellows,Gimbal Bellows are usually used in pairs to give lateral movement in any plane.