In line pressure balanced expansion joint is used in the air or short straight pipe runs between two large vessels,when axial deflections exist,and anchoring is impractical for structural or economic reasons,it provide the powerful solution to a difficult design problem.

The principle of this in line pressure balanced expansion joint is essentially the same as the pressure balanced elbow type,in that the axial pressure thrust is reacted by the pressure acting on a cross-sectional area equal to the area of the working or primary bellows.Since this unit is entirely axial,and there are no directional changes in the pipe,such as with the elbow in the previous dicussion,the cross-sectional area needed to balance the pressure is placed around the outside of the unit.Since the pressure forces are generated by the acting on the annular surface between the primary and outer,or balancing bellows,the arrangement of the tie rods transfers and balances the pressure thrust created in the pipe on each end.Now the forces needed to compress or extend the unit are only the result of the spring resistance of the bellows, and main anchoring of the pipe or vessels is not required.This expansion joint is obviously more expensive than the simpler types described earlier;However,they may result in a lower overall system cost when the elimination of main anchoring is considered.This expansion joint can also be used to replace pipe loops,and its cost advantage may be seen in reduced pumping energy by the elimination of the loop's elbow-generatated pressure losses.This may also allow reducing the pipe size for the entire system. 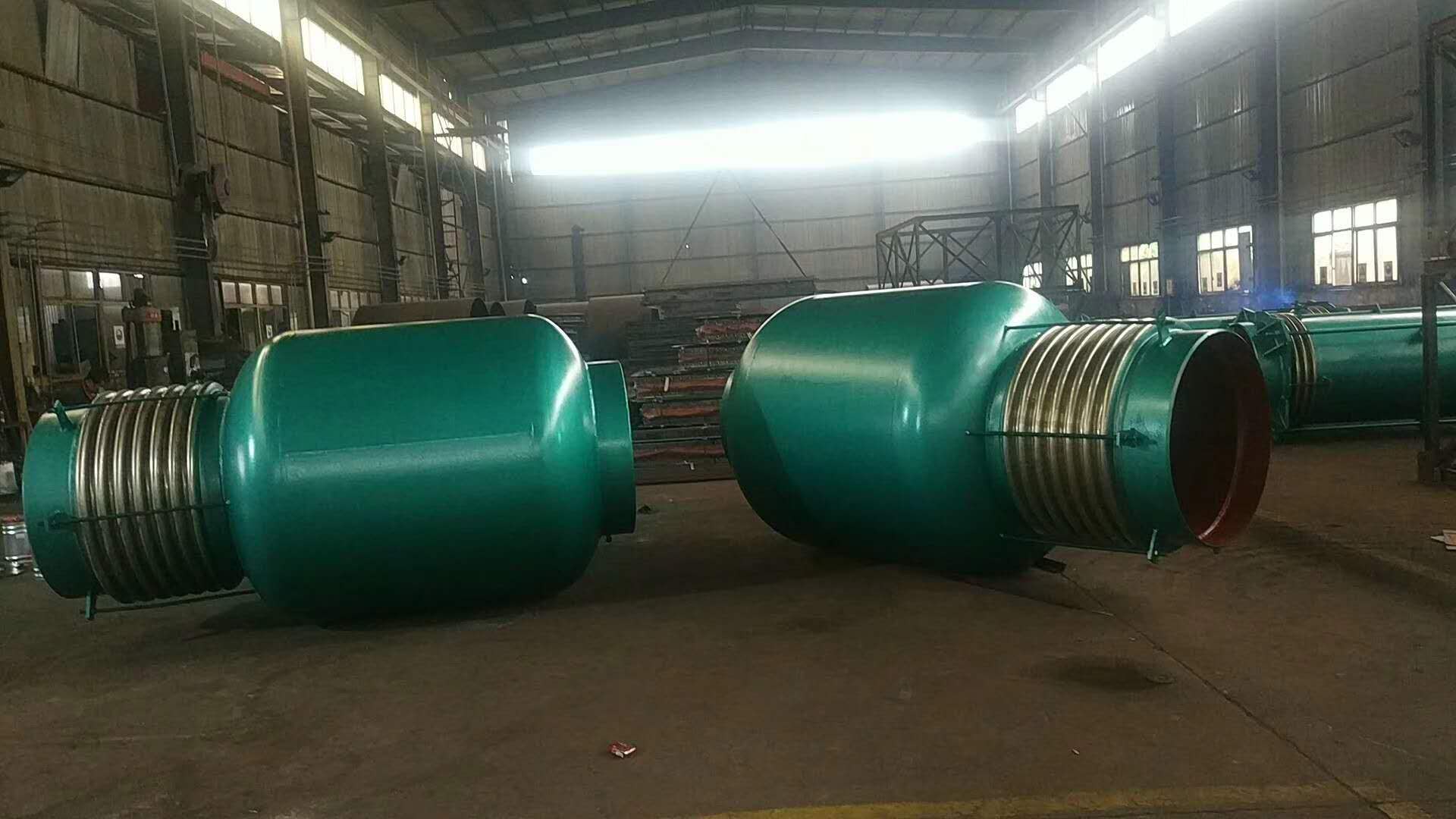