Universal type expansion joints can be supplied with or without tie rods.Tie rods connect the ends of the unit to each other and restrain the pressure thrust load.This unit is normally not expected to accept any externally applied axial deflections. The thermal expansion of the distance between the tie rods---within the expansion joint---will be handled by the bellows element,as described above .The tie rods usually come in sets of two or more,equally distributed around the circumference of the expansion joint. When only two are provided ,180 degrees apart,the expansion joint is free to bend, or deflect angularly,as well as laterally.With three or more tie rods,since rods are loaded equally by the pressure thrust,only lateral deflections are possible without significant forces being applied by the adjacent piping.Without tie rods,the universal expansion joint will accept all of the deflections that a single type will, and the pipe guiding and anchoring needs discussed for the single type above also apply.

This is the photo of DN1200-800MM universal expansion joint produced in our factory , ANSI flange 150#, material of full stainless steel 304 as follow,for your referance. 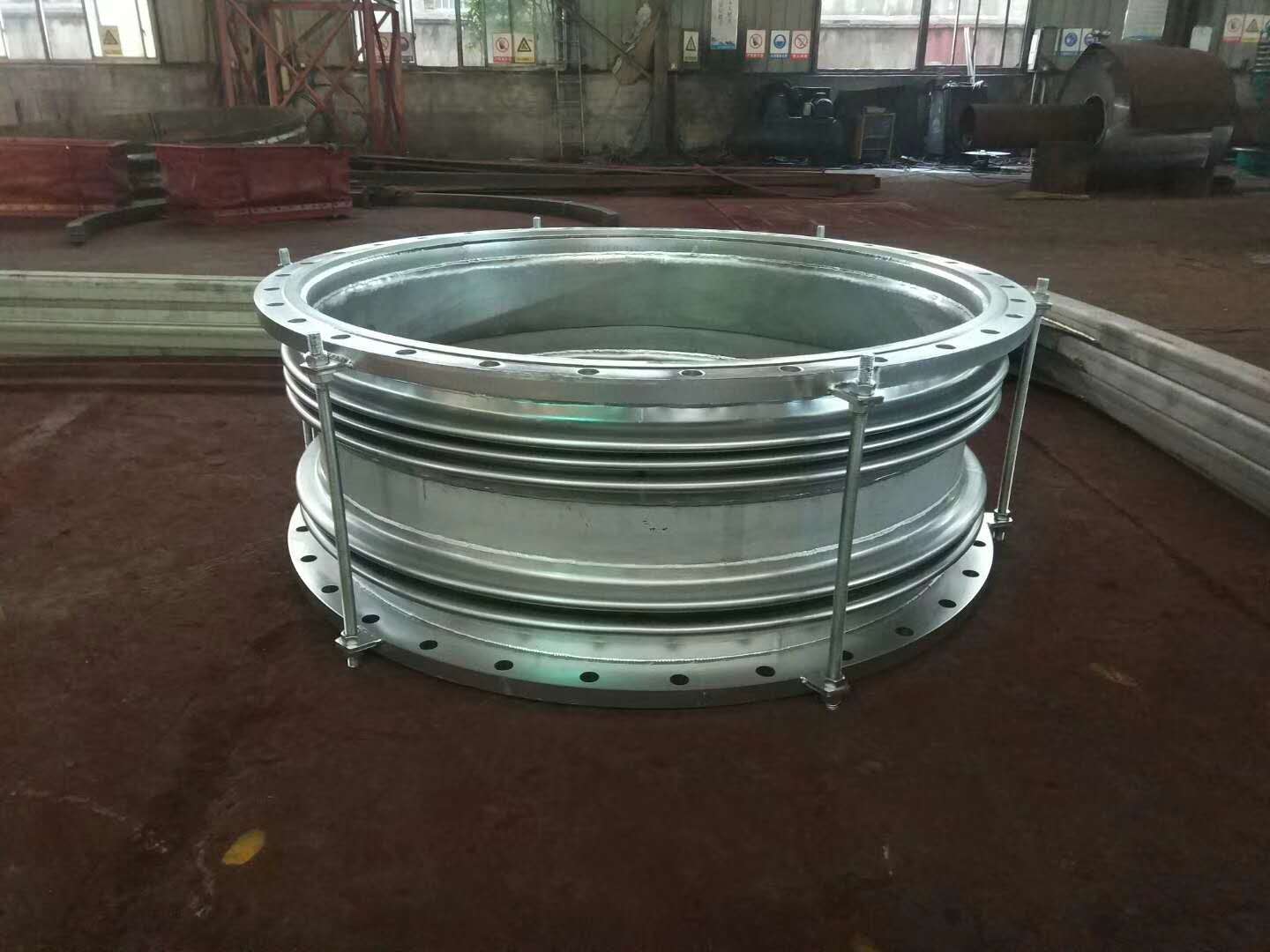